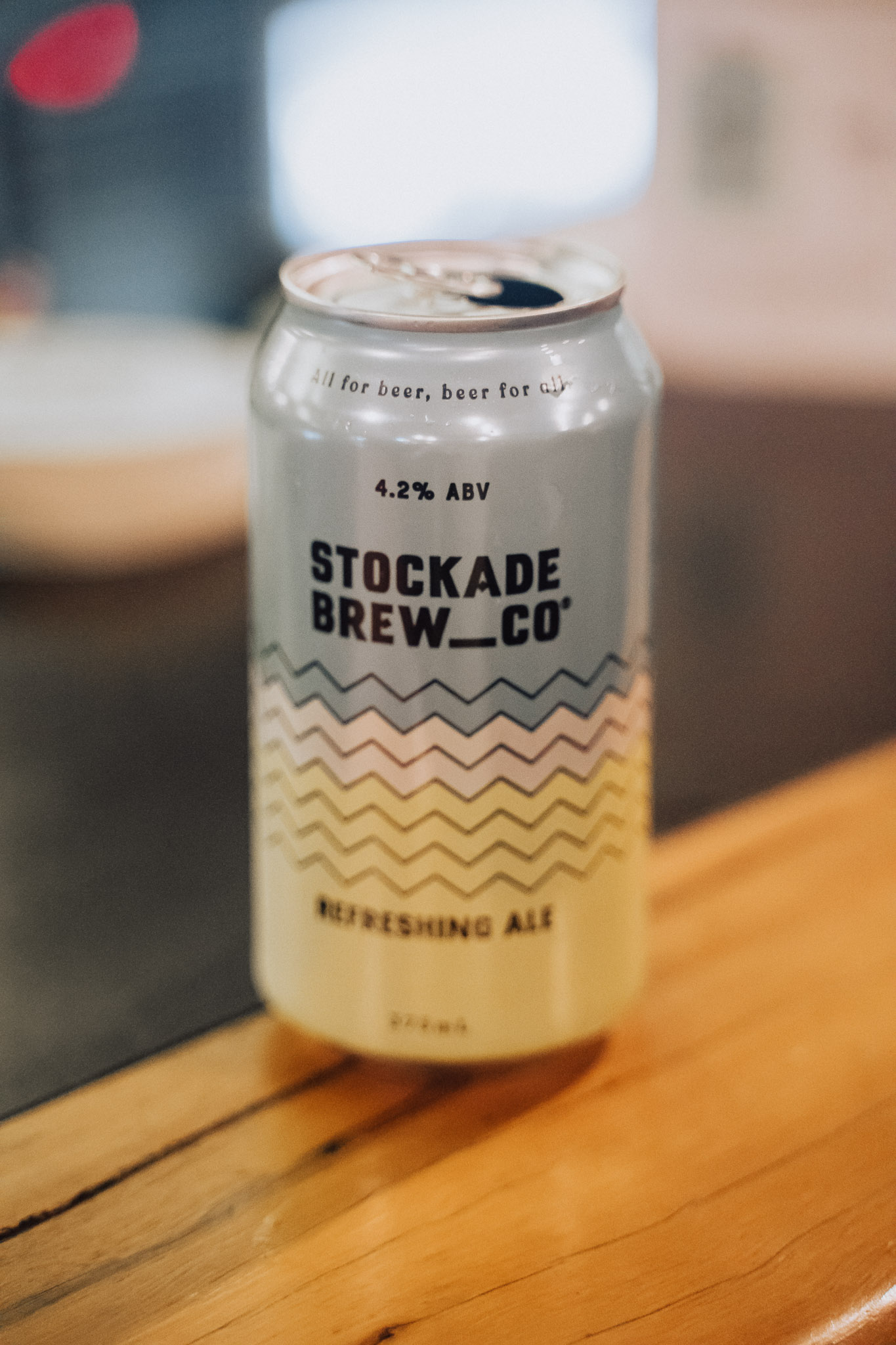 Stockade Brew Co. redesigned their core range in mid-2019, putting their beers into cans and bringing out this Refreshing Ale.

Stockade Refreshing Ale is simple. From the design of the can to the style of the beer. It’s clearly aiming for the summertime multi-pack purchase market, delivering an uncomplicated Aussie pale ale.

It’s probably closest to something like Coopers Pale Ale, Grifter Pale Ale or Wayward Everyday Ale but it also has one eye on the more hop-forward fruity beers like Stone & Wood Pacific Ale, and XPAs from the likes of Coopers, Philter and Balter.

Refreshing Ale pours solid gold like a typical Aussie pale ale. Likewise it’s topped with a rocky cap of froth that laces down the glass leaving a thin layer of white bubbles.

The can evokes images of the beach, of summers in Sydney. There’s yellow sand, a line of sea foam, and the rising blue of the sea. It would make a perfect beach beer.

It wasn’t long ago that I spoke to Anton Szpitalak, CEO of Tribe Breweries. There’s certainly a lifestyle element to the Stockade brand, and he has a definite focus on other segments such as craft soft-drinks.

This Refreshing Ale definitely seems part of that lifestyle market. It’s perfectly at home by the schooner or jug in a crafty pub beer garden, but it also seems made to be bought in six packs by casual beer drinkers that just want something simple but a bit different to take to a barbecue or to the beach.

This particular can also states that it was brewed and canned at the new Tribe Breweries facility in Goulburn. The site is a significant investment and a big part of the expansion plans for Tribe and for its Stockade brand.

All up, this beer does what it literally says on the tin. It’s refreshing. There are low-key hop notes including passionfruit and orange zest, and there’s a touch of cereal grain or biscuit to give it another dimension and a bit of body.